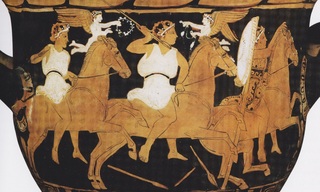 Since January 2013, I have been following the Staff Ride business the same way I followed companies & industries on Wall Street, including a structural analysis of the differing US and UK traditions. For me, the “special relationship” is a family matter, as well as a historical necessity for citizens of both countries.

• On-line tools, esp. research and social media platform integration, shortened the start-up time for analytic coverage by 6 months. In my day (1980-2000), the antecedents of these communications networks were toys, faxes, blast e–mail, telex, and carefully controlled company computers with very limited access to the world-wide-web. In retrospect, those early tools were like drums, flags, pigeons, and the telegraph.

• The Staff Ride market is in an early stage of corporation adaptation, with virtually no in-house capability. The programs are conducted by contractors, with support by regular employees, faculty, etc., most with limited bandwidth & many commitments.

What I Found Out

• The military battlefield staff ride market, especially the innovative Virtual Staff Rides conducted by TRADOC agencies, remains robust, in spite of cost pressures. I estimate that Army units at all levels of command conducted more than 200 Staff Rides world-wide in 2013, with 75 supported by various military Staff Ride Teams. Most of those were Virtual. This is especially important in limiting travel and other expenses and for VR’s potential in the civilian management and development training market.

• The commercial Corporate Staff Ride market, including on-site leadership experience & university programs, foundation & organization outreach efforts, consultants, etc. has created an “installed base” of one-time users of 10,000-15,000 mid- and top-level executives, but the staff ride has not become institutionalized in any significant way except for a few innovators.

The War College is the market leader and conducted 7 Staff Rides in 2012, for more than 100 participants, and a half dozen companies and agencies, including Deloitte, which sent two separate operating units for Staff Rides. Since 2003, the AWC has conducted more than 100 Staff Rides, exposing more than 2,000 mid and senior executives to the experience. Enrollment requires @$10,000/person donation to the Army War College Foundation. Limitations: Hi cost, Gettysburg-focus, some repeat and blue-chip consultant sponsorship, but no real market-expanding capability. Pluses: The best employment of “doctrine” and excellent materials for a Corporate Staff Ride, top War College talent, well-developed logistics and infrastructure.

• On-line government sources provide most of the material necessary for developing customized staff rides. This takes Staff Rides to a new level of flexibility and adaptability, comparable to the impact of the publication of the Official Records for Civil War Staff Rides.

The Virtual Staff Ride Changes Everything

• In recent years, the “Virtual Staff Ride” (VSR) developed in the early years of Operation Iraqi Freedom and now including scenarios from Afghanistan, has grown to 75% of Army-supported military staff rides, or about 50+ and growing 20% per year.

• A VSR follows the same methodology as a traditional battlefield staff ride, except the site visit phase is “automated” using a replicated virtual environment of the battlefield. This answers budgetary and other objections that may preclude travel to actual battlefield sites (especially expensive, popular tourist destinations, like Gettysburg).

• The Leavenworth virtual staff ride is built with open architecture, off the shelf hardware, software, and display technology; After-action-reports compiled by official historians from soldiers' interviews, and other primary and secondary sources; detailed 3D terrain simulation, geospatial mapping and computer-generated terrain views, and providing realistic augmented reality with game-quality graphics. Staff Rides can be conducted in-house or in the field with minimum staff.

• The Army has developed more than a dozen operational virtual staff ride modules covering diverse operations in Iraq and Afghanistan of varying scales of combat, levels of command, and theater significance.

• Technology makes it possible to institutionalize the Corporate Staff Ride and leapfrog over 100 years of prior military market development.