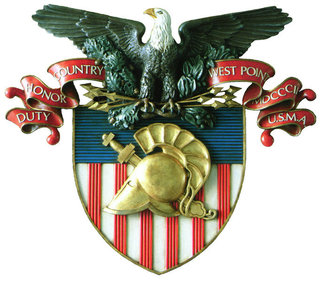 “The idea in the Army with officers regarding staff rides, they are always visits to battle sites,” Forney, history instructor, said. “Civil rights is a battlefield. It presented a unique opportunity to not only see but talk to people first hand.”

In Greensboro, N.C., the group visited the F. W. Woolworth lunch counter where the first sit-in by African-Americans, who were denied service because of their color refused to leave Feb. 1, 1960. By July 25, 1960, that lunch counter was desegregated.

“We went to Atlanta and went to the Martin Luther King Jr. National Historic Center so we were able to see where he was born, the Ebenezer Church where he practiced, the museum and several national historic sites.” Forney said. “While there, we also met with and talked to the president of the Southern Christian Leadership Conference. When we talked to people, we were collecting oral histories, so we videotaped it and recorded and are working on putting together a small documentary film of our trip to hopefully come out in the spring.”

From Atlanta, they went to Birmingham, Ala., and spoke with a 1963 West Point graduate who is a lawyer. “We also met with another federal judge who had been active in the Birmingham civil rights movement,” Forney said.

The group traveled to Montgomery where they met and talked with the curator of the civil rights monument, which is attached to the Southern Poverty Law Center and went from there to Selma where they spoke to Senator Hank Sanders. Sanders is still involved in civil rights in Alabama.

“In Jackson. Miss., we met Sara Williams who works at Jackson State and is a friend with a former professor,” Forney said. “She arranged for us to meet members of the National Association for the Advancement of Colored People and with a person who knew Medgar Evers, the civil rights leader who was assassinated June 12, 1963. We were able to see his house, which was opened in June for the anniversary of his assassination.”

The group also took a nostalgic musical trip to the Mississippi Delta area where the “Birth of the Blues” took place, then to Memphis, Tenn., to see the hotel where Martin Luther King Jr. was assassinated.

The trip also took them off the beaten path, especially to Money, Miss., to see where Emmett Louis Till, a 14-year-old African-American who was killed in 1955 by two white men for whistling at a white woman after walking out of a store. Ironically, it was 100 days later that Rosa Parks refused to give up her seat on a bus and the civil rights movement was born.

“As I looked in the rearview mirror in the van, I saw the cadets actively discussing what they saw and heard,” Forney said. “I had to smile because of the cadets and how they were able, as a group, to talk about civil rights issues. In fact, Class of 2016 Cadet Adam Jimenez said in a text, ‘Sir, this is a life-changing experience for me,’ I’m hoping to build on this for next year as I think they all seemed to have gotten something from what they have seen and heard. It’s getting the cadets out of their comfort zone. Get them talking about what happened then and what is happening now. Not long ago, the Supreme Court struck down part of the Civil Rights Voting Act and issues of if affirmative action is still needed, whether the issues with race today are more covert or more economic, especially small farms where farm subsidies are given mostly to large corporations and smaller farms are being ignored, especially in the south.”

The faculty and cadets have written a blog, which, since June, received over 1,100 hits. The blog address is www.usmacivilrights.wordpress.com.

“What I like about it is every day cadets put something on the blog,” Forney said. “It is also a way to build on this and create projects based on civil rights and we want to continue to look at the legacy of civil rights to let those who still fight know they are not alone. This is my first year here and it was awe-inspiring to me.”