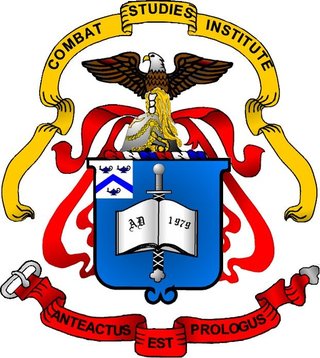 CSI remains the most important driver of virtual reality training innovation, as well as the military's premier support agency for deepening the institutional adaptation of staff rides all over the globe.

With the staff and logistical structure of a satellite office of a global management consultant like Bain or McKinsey, it gives active support for more than 40 traditional battlefield visit-based sites and a half dozen 1-hr to 1-day Virtual Staff Rides based on recent operations in Iraq and Afghanistan, and ranging from ambushes and roadblock up through complex joint operations. Neither intense budget or political pressures have lessened the demand for staff rides - and creativity continues at an accelerating pace despite the new budgetary vocabulary: sequestration, furlough, shutdown, etc.

In purely training terms, the utility of the virtual staff ride is to be able to walk (indeed ‘fly over’) the ground (albeit digitally) in places that are inaccessible. The current cycle of virtual reality staff ride modules, for example, all based on contemporary operations have direct relevance to ongoing and anticipated operations and leadership imperatives, but the financial cost and security concerns of conducting a ride on site are prohibitive.

Visionary Corporate Leaders Adapting Military Mobile Training Technology will set the stage for the next level of Staff Ride innovation.

Other recent CSI announcements of importance to the professional staff ride community include:

2) “The Wilmington Campaign: Personality and Joint Operations, 1864-1865.” This one-day staff ride examines the culminating campaign of the Union blockade of the Confederacy and highlights the direct strategic effects of the fall of Wilmington, North Carolina